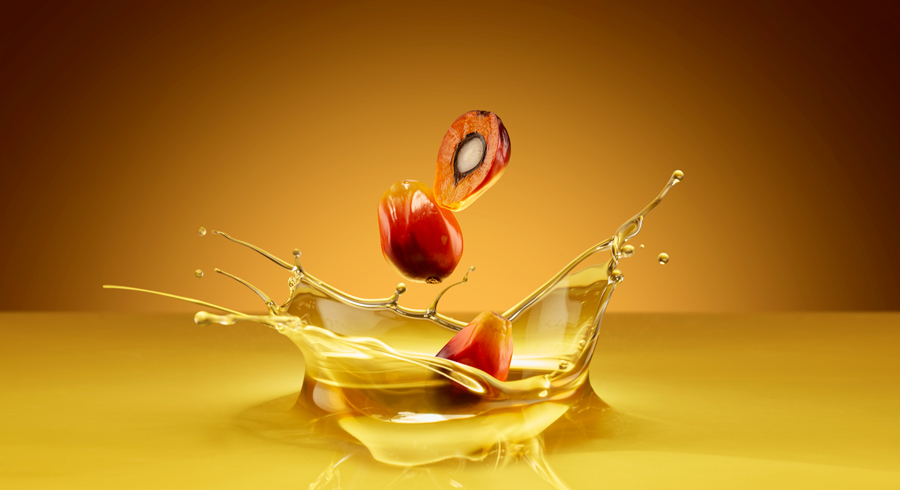 Palm oil accompanies mankind far more than it can imagine. Households, offices, restaurants, even automobiles are hosts to its countless uses, which grow along with inventions, the concern for healthy food, the hectic modern lifestyle, and the options for its use in oleo-chemistry.

In the 15th century, after tasting palm oil in Africa, Venetian explorer Alvide ca Da’ Mosto said that “it has the aroma of violets, the taste of olives, and color that tints food just as saffron, but that is even more attractive."

The tropical red of crude palm oil is proof of its high content of carotene (vitamin A), which is seventeen times higher than that of carrots when comparing an equal weight. This makes it one of the best natural sources of these vital elements and, thus, an excellent alternative to fight the vitamin A deficiency suffered by people in many developing countries. Tocopherols and tocotrienols (vitamin E fractions) are important nutrients found in palm oil.

Along with carotenes, they act as antioxidants to reduce the cell damage caused by toxic substances or the environmental pollution, which accelerate aging and the development of some diseases. Additionally, tocotrienols whose source par excellence is palm oil, are powerful anticarcinogenic and antithrombotic compounds.

Another unique characteristic of the “golden oil” as Asians call it is its perfect balance between saturated and unsaturated fats. Thanks to this, it has no negative impacts on the cholesterol levels of the consumers.

Even without knowing about its benefits, people in Africa have been using it as part of their diet for over five thousand years. Even today, as back then, palm oil is consumed raw and unrefined in several African countries.

Colombia is the largest producer of palm and palm kernel oils in America, and the fourth largest in the world. Palm growing is one of the most promising agricultural activities and is a hub to achieve development through agriculture.

Elaeis guineensis was introduced in Colombia in 1932, but its commercial cultivation only extended from the second half of the 20th century thanks to the government measures aimed at developing the countryside and providing the country with local palm oil. 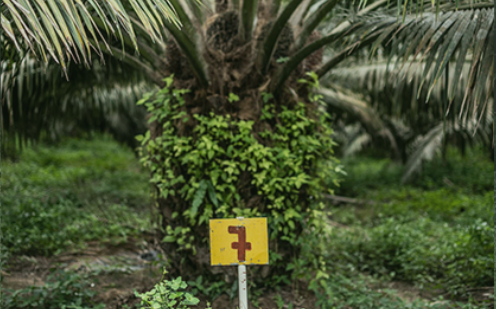 Under the government’s plan to promote oilseeds, oil palm was planted in the Caribbean Plains, in the Middle Magdalena Valley, in the low foothills of the plain lands, and in the Colombian southwest. The individual efforts of the producers and their organization, the National Federation of Oil Palm Growers, Fedepalma, played a significant role in the development and consolidation of this agribusiness. As a result, plantations tripled during the eighties, and palm oil consolidated as the primary commodity in the country’s oilseed, oils, and fats productive chain. During the nineties, efforts were aimed at developing the competitiveness of the big palm companies and at managing industry institutions that helped palm growers prepare for the 21st century.

Palm and palm kernel oils represent 94.1% of the national production of oils and fats in the local market and about 66% of the consumption of these products. Likewise, exports have significantly increased since 1990, now representing a significant share of the Colombian agribusiness exports. Although the commissioning of biodiesel plants increased the percentage of internal consumption, external sales will increase as a result of the larger production expected in the next years due to the growing plantations.

Oil palm promotes economic and social development in the communities. As of 2018, oil palm was cultivated in 160 municipalities in 21 departments of the country, creating approximately 178 thousand jobs and benefiting thousands of families. A study conducted by Fedesarrollo titled “Characterization of labor in the Colombian palm sector” showed that this activity creates formal and stable jobs, with effects on improving the living standards of the workers and their families.

This sector is one of the leading promoters and examples of the Productive Strategic Alliances between large, medium and small farmers, and contributes to the adequate exploitation of the land as well as to the competitiveness of the agribusiness sector. 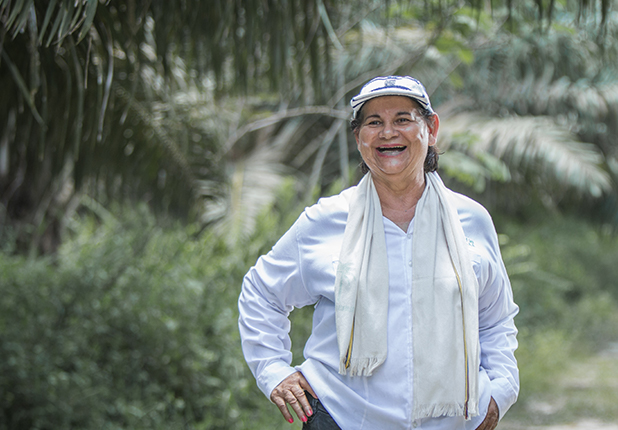 There are approximately 138 partnerships altogether in the palm regions, equal to over 58 thousand hectares planted with palm. In turn, the sector involves about 5,000 smallholders who are engaged in this activity, equal to over 51 thousand hectares planted. Thus, this is one of the industries that generates the most social and economic inclusion in Colombian agriculture.

Furthermore, palm growers have developed social programs mainly aimed at providing necessary assistance to families, early childhood, the elderly, and others, with approximately 13 corporate foundations which offer progress and wellbeing to communities in palm growing areas to date.

The Colombian palm sector is committed to a deforestation-free development, preserving our biodiversity and in harmony with the natural riches of the palm growing regions.

Colombia is one of the few megadiverse countries in the world. Its forests, jungles, wetlands, páramos, savannahs, rivers, lakes, and other ecosystems host countless species and an unrivaled natural wealth. Our biodiversity is also present in the agricultural sphere, and the productive sectors play a significant role in its conservation.

Therefore, the environmental management of planned projects begins from their conceptualization in order to ensure that the crops and processing plants do not affect protected areas, forests, or other environmentally essential ecosystems, and that the area intended for the project has an adequate environmental supply of water and other natural resources. The design of the palm lots includes identifying the ecosystems and habitats to be maintained as conservation areas as well as the landscape management tools (riparian corridors, conservation corridors, shrubberies, nectar plants, etc.), including natural vegetation into the productive system to provide ecosystem services such as pollination, biological pest and diseases control, formation of soils, and protection of riverbeds.

These natural areas also favor the conservation of biodiversity in the palm regions. The operation of the crops and processing plants promotes technologies and practices that: efficiently use water, soil, and resources; reduce the creation of solid wastes, atmospheric emissions and discharges; reduce the contaminant effect by using the biomass resulting from the process to return nutrients to the crops; create renewable energies; manufacture other products, thus promoting a circular economy; and, finally, to position Colombian palm oil in domestic and international markets thanks to its environmental commitment and development.

According to the First Great Employment Survey in the Palm Sector conducted by Fedepalma and DANE, the national palm oil agribusiness has a formal hiring rate of 82.4%.

The voices of oil palm 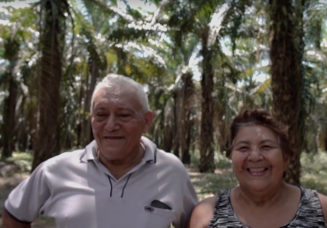 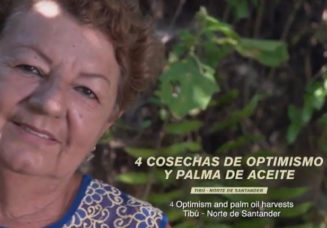 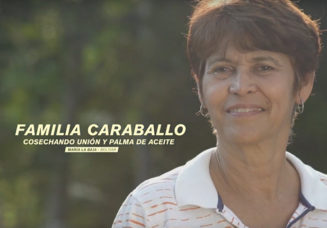 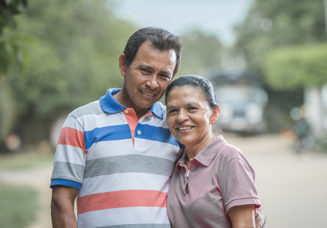 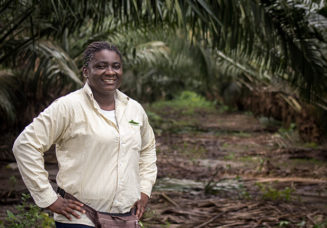 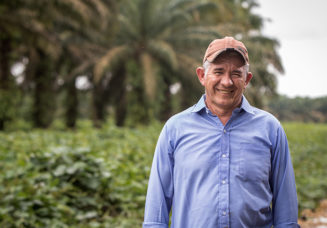 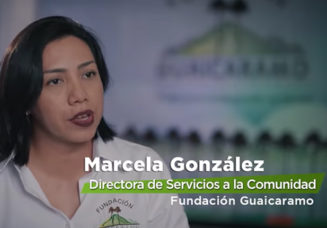 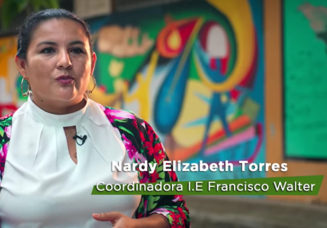 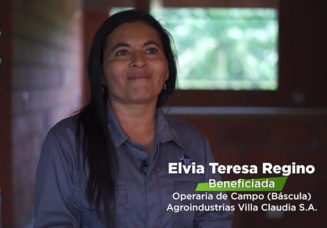